Posted on July 8, 2020 by tomthumbsgallery

Limitations of this study are that HC was used with patients already infected with Sars2 and it was not a double blind study. In addition, patients were given tx within 48 hours of admission compared to other studies where pts were given tx at any time during their hospitalization.

The pts not receiving HC and AZ had a death rate of 26% compared to 13.5% of the HC tx alone group. This study supports the use of HC as a tx for patients with severe symptoms who are hospitalized.

The Henry Ford Health system is also engaged in a pre-exposure preventive HC tx study which is ongoing and has not yet been completed. I think that they are recruiting among healthcare professionals who are likely to become exposed to Sars2. The name of the new study is the WHIP study.

Posted on July 7, 2020 by tomthumbsgallery

Damage to astrocytes and neurons proved indirectly through derivative chemicals.

NYTs Finally Publish That SarsCov2 Is a Neurological Disease.

From today’s rundown of new research:

COVID-19 is a neurological disease too

Add problems with the brain and nervous system to the list of complications in patients with COVID-19, say doctors, providing further evidence that it is far more than a respiratory illness. For a report on Thursday in the Journal of Neurology, researchers pooled data from 41 previously published studies of the neurological effects of the coronavirus. The most common nonspecific neurological symptoms were fatigue (seen in 33.2% of patients), loss of appetite (30.0%), shortness of breath (26.9%), and general malaise (26.7%). The most common specific neurological symptoms – which occurred less often – included disorders of smell and taste, Guillain-Barré syndrome and inflammation of the brain, spinal cord, and meninges. These tallies did not include strokes that result from blood clotting disorders caused by the coronavirus. In a report published on Sunday in Annals of Neurology, a separate team of doctors called COVID-19 “a global threat to the nervous system” and said, “the number of recognized neurologic manifestations of SARS-CoV-2 infection is rapidly accumulating.” (https://bit.ly/2YnRuz6; https://bit.ly/3hgFCYp)

Off topic but related. I started taking  a spray sublingually of Nattokinase everyday to address thrombotic potential of any infection. This is in response to the ischemic signs seen in autopsy tissue of infection victims.  Perhaps soon the ‘official’ research will show the personality changes which are attributable to neurological impacts of the virus. Perhaps research on viral spread will include virus deranged protesters who can be heard coughing away on videos of protests. There is a classic protester photo of a naked woman taking a crap on top of an overturned police car. Disinhibition of her impulses could explain her nakedness and her shameless going to the bathroom on top of a police car surrounded by others and a photographer.

Posted on June 6, 2020 by tomthumbsgallery

The newly identified severe acute respiratory syndrome coronavirus 2 (SARS-CoV-2) causes COVID-19, a pandemic respiratory disease presenting with fever, cough, and often pneumonia. Moreover, thromboembolic events throughout the body including the central nervous system (CNS) have been described. Given first indication for viral RNA presence in the brain and cerebrospinal fluid and in light of neurological symptoms in a large majority of COVID-19 patients, SARS-CoV-2-penetrance of the CNS is likely. By precisely investigating and anatomically mapping oro- and pharyngeal regions and brains of 32 patients dying from COVID-19, we not only describe CNS infarction due to cerebral thromboembolism, but also demonstrate SARS-CoV-2 neurotropism. SARS-CoV-2 enters the nervous system via trespassing the neuro-mucosal interface in the olfactory mucosa by exploiting the close vicinity of olfactory mucosal and nervous tissue including delicate olfactory and sensitive nerve endings. Subsequently, SARS-CoV-2 follows defined neuroanatomical structures, penetrating defined neuroanatomical areas, including the primary respiratory and cardiovascular control center in the medulla oblongata.

Posted on June 4, 2020 by tomthumbsgallery

These patients appeared to show ischemic infarcts. The causality is not shown.

ORF8 binds to MHC1 which ordinarily signals to T cells to destroy infected cells and both are subjected to autophagy, thereby evading further detection of the infected cell, and destruction of the cell.  This evasion of the immune system is identical to the same HIV neutralization of MHC1. The authors speculate that SARSCOV2 might be able to become a chronic infection because of the evasion of this first line of defense within the immune system. Viral replication could proceed unimpeded while a weakened immune system could make ‘some efforts’ to contain the infection. One other possible impact could be the time dimension: The longer the virus can proliferate, the more systems the virus can infect. Antigen presentation is inhibited. Would this imply the possibility of repeated infections within a weak immune system?

A study of the immune responses of 71 persons infected with SARSCOV2 shows 3 clustered immunotypes. One of which showed little or no immune response to the infection. https://www.biorxiv.org/content/10.1101/2020.05.20.106401v1

My theory of how the virus can coexist with the immune system as HIV does, is somewhat supported by the existence of a 3rd immunotype with little or no immune system response to the infection.

“The digestive symptoms of COVID-19 likely occur because the virus enters the target cells through angiotensin-converting enzyme 2 (8), a receptor found in both the upper and lower gastrointestinal tract where it is expressed at nearly 100-fold higher levels than in respiratory organs (9). In addition, viral nucleic acid is detected in feces in over half of the patients infected with COVID-19 (4) and in nearly one-quarter of cases’ stool samples test positive when respiratory samples are negative (6,10).”

My comments: It seems to me that testing patients who report enteric symptoms with a nasal swab is asking for  false negatives in this cohort. They are swabbing at the wrong end. Also duly noted is that since there are more ACE2 receptors in the gut, there is a greater viral load in these patients, no pun intended, and this explains why it might be possible that this group unwittingly spreads the virus each time they use a public restroom. The unproven last statement needs to be interpreted with caution. Many might go undiagnosed because they think the virus is a respiratory only disorder. I am wondering if many infected persons may be surprised to find out that they have antibodies after thinking that they were asymptomatic or had mild symptoms including diarrhea. The latter theory will be supported or nixed by future research.

Posted on May 3, 2020 by tomthumbsgallery 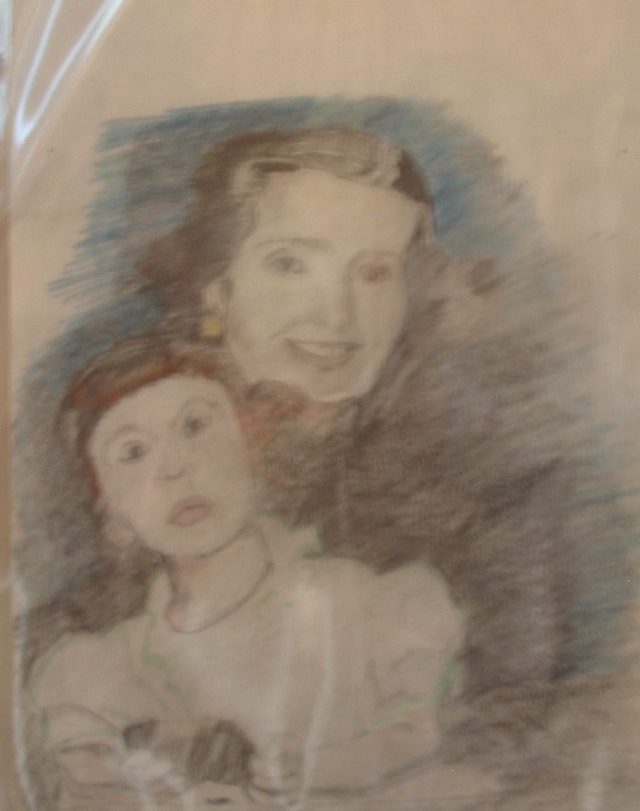 You laughed in the face of the divorced single mothers when they demanded that you see yourself as oppressed and forced into some awful constrained identity. Thanks for modelling true feminity, true devotion. You taught me how to empathize and how to be skeptical and think.  I have never met a happier person. Thanks for all of the gifts you gave to our family.

Got Antibodies to SARSCOV2? Fooled Again By The Beast!! This Is A Spiritual Battle.

Posted on May 2, 2020 by tomthumbsgallery

A new study (N=175) seems to support the idea that many people do not develop high levels of antibodies after recovery (30% in this study.), and older people develop more antibodies after recovery, and some recovered persons develop low or undetectable levels of antibodies. Levels of AB were negatively correlated with levels of lymphocytes at admission. ((((Note: lymphocytopenia is often seen in covid 19 patients. ))))<—not stated in this study.

Does this mean younger recovered people are more likely to be reinfected than older recovered persons? The study does not say this, but one can speculated that low AB (antibodies to SARSCOV2) leaves one open to reinfection. What about the low AB recovered minority? Are they robust alternative immune system virus clearing persons? Are they still harboring the virus?

Imagine a world of old people making UPS, USPS, and FedEx deliveries to vulnerable young persons who have to sterilize every package and letter they receive. Imagine vast arrays of UV sterilizing lamps in young persons’ home entry ways to rid those areas of airborne virus and to pre-sterilize any packages or mail.  Imagine young persons having to create ‘clean rooms’ in hallways for the removal and bagging of contaminated clothes from just going out to walk the dog??? Imagine a workforce of forty to fifty year old recovered patients doing all the work requiring public contact and ‘taking the piss’ of viral exposure for everyone else. Imagine old people holding happy antibody “epitope” parties to give their lifesaving antibodies to the vulnerable young.  Isn’t that what is naturally evolving to be our new normal?

Imagine the chronically ill encased in their homes like living tombs, warding off a fatal over exposure to tip the balance in favor of death? Oh, wait, we are already there!

May the Epitopes Be With You!!

Here’s a perspective on this that seems real: From a chronically ill person:

“I can’t see you except on a an electrical device connected through the internet. I can’t embrace you ever again. I can’t hug you with love ever again. You will never again hear my music or my natural voice again. You might as well listen to recordings as to hear me now. I can make you art, music, poetry, but you may only have access to these things through the refrigeration of electrical pixels and auditory electrical frequencies. We will never be in each others’ presence again. Virtual existence is as real as cardboard mothers and tin fathers, plastic sisters, and clay brothers. Intimacy is death now. Surely this virus has Satanic properties.”

There is something beyond all of this apprehended world. Long, long ago in a world based upon human affection, I learned that there is an energy, energy of life, energy that looks like white light when manifested in the world of the senses. Call it the Holy Spirit if it serves you. Let this light comfort you in the darkness of this pandemic-Beast. Hold fast to knowledge of this one light that never dims, never gives up, always loves. Remember the budding trees in the depth of icy winter. This light of the eternal. Or in the words of a German poet, “High above the winds, lightning, and threatening clouds, the sun is always shining.”