Posted on January 1, 2015 by tomthumbsgallery 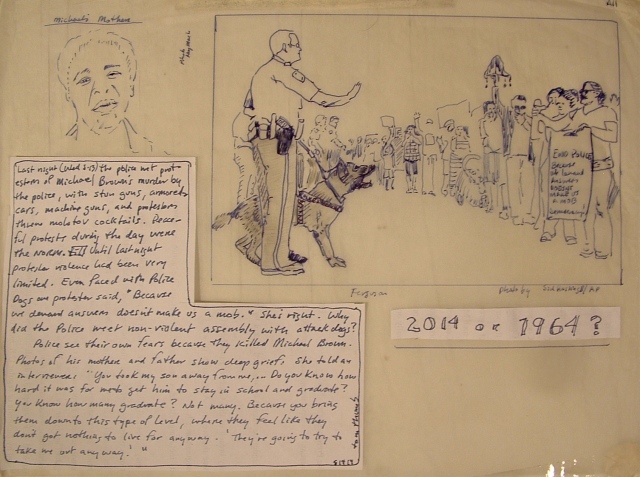 The problem is police violence not peaceful protest.

Before the Human Rights Watch Report.

In light of the two Grand Juries failures to indict the policemen who killed Eric Garner and Michael Brown, it appears that justice goes against those killed by police. Has domestic jurisprudence been replaced by Military Hearings?

The Parable of the Black Box In The Driveway.